Due to recent and not so recent experiences I just have to bring that one: The live octopus. It seems to be that one food that scandalizes people the most. You know me! I don’t run from anything. From insects to snakes or cold blood, there is pretty tough stuff around in the world of food. But a tiny moving creatures gets people freaked out on a regular basis.

So, what’s the deal with that infamous Korean dish, the live octopus, San-nakji (산낙지)? Well, first and foremost: It moves. Look at that!

If you’re still with me, hear me out. First: No, it’s not actually alive. These small fish do have a brain. If you kill them, all that’s left is reflex activity. Very much like that trout that makes one a last jump in your frying pan. Since this kind of octopus has a nervous system that is more distributed than in other animals, meaning their neurons are kind of spread out in the body, it shows this strong zombie activity. Second: Yes, eating this could kill you. But hold on…those baby fish are pretty harmless. Even if they suck at your tongue (a pretty amazing feeling, just like super champagne), they won’t suffocate you. But they should be cut in small pieces or be chewed very carefully. If you think of that signature scene from the movie Old Boy (Park Chan-Wook, 2003), I strongly advice not to do it yourself….

Why does it have to move – or is it Confucius’ fault?

So it moves. No big deal. Can’t they just wait until the reflexes stop and then serve it? Just like good old sashimi? Well, they could. But why would they? This is pure live energy on a plate. And I guess it is not news that many Asian dishes centre around energy or stamina for that matter. And especially in South Korea it is quite a patriarchic, if not to say macho-culture. Still, my hunch is that there is more to that story. We are talking of a Confucian culture. This philosopher from old times (551-479 B.C.) represents an exotic wisdom in the west. He might even seem cute when cited by Mari Kondo. Actually, the cultural system linked to Confucianism is not cute at all. It is a very strict hierarchical society that structure life still today. Very much like Christian roots are to be felt all over Europe. 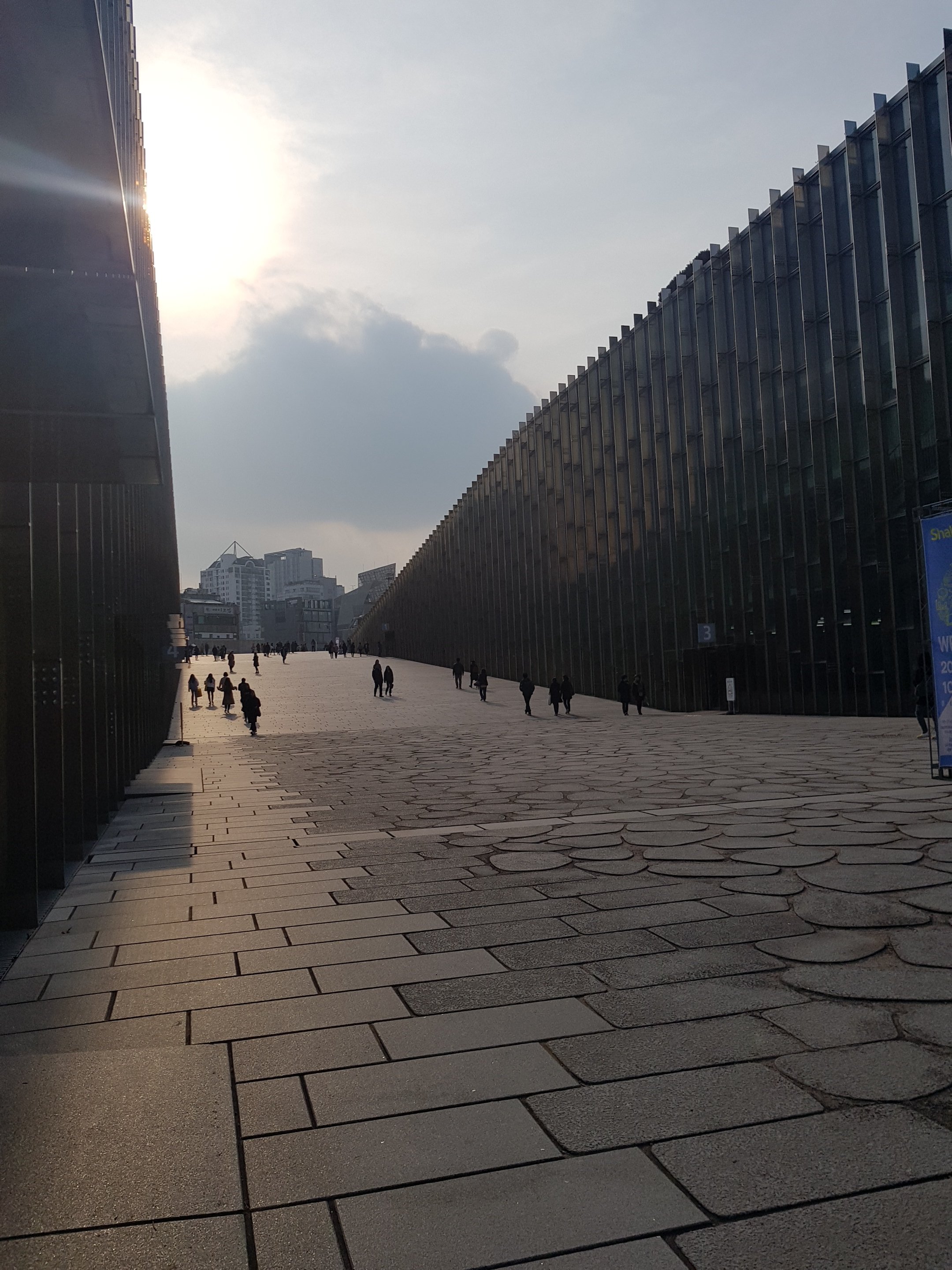 …you might say. Confucius is dead. And what’s he gotta do with a plate of moving tentacles? Maybe not very much. I would say there’s a link. In South Korea, you have to work hard, more than hard, in order to succeed and make a living. Capitalism tells people to strive and rise up through the social classes. The old Confucian culture on the other hand tells you to work hard and harder…and stay in your place. Both world views collide. South Korea has become a world class economy in a super short period of time. That comes at a price. People need energy. They need some old rituals to hold on to. They need some good drinking from time to time to let of steam. In that perspective, the live octopus accompanied by some fresh soju doesn’t sound so exotic anymore. It’s the idea to tap into an animal energy source.

Too much history, what about taste?

One last word on taste: Is it delicious at all? Hell yeah! If you like oysters and sashimi, you’ll love it. It’s the fresh saltiness of the seawater combined with the roast aromas of toasted sesame oil. It’s simple, fresh and suckles on your tongue. I absolutely love it. If combined with one of my favorite foods, beef tatar, I am literally in foodie heaven. Yes, you heard right. Live octopus on fresh cut beef tatar. And you imagine it right: The octopus suckles at the beef. Probably there is a special hell created for gourmets high in that special dish. So enjoy while it lasts:) 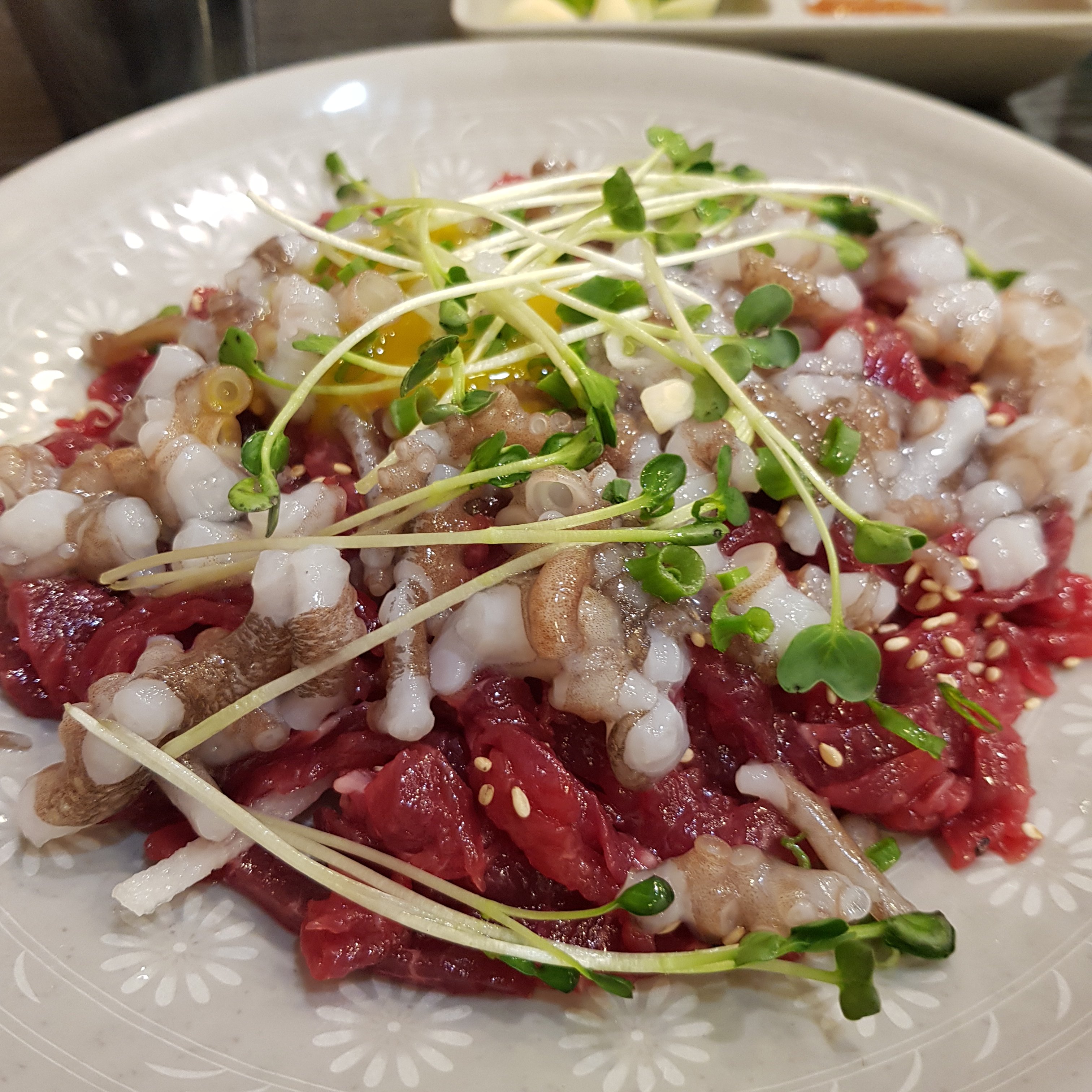 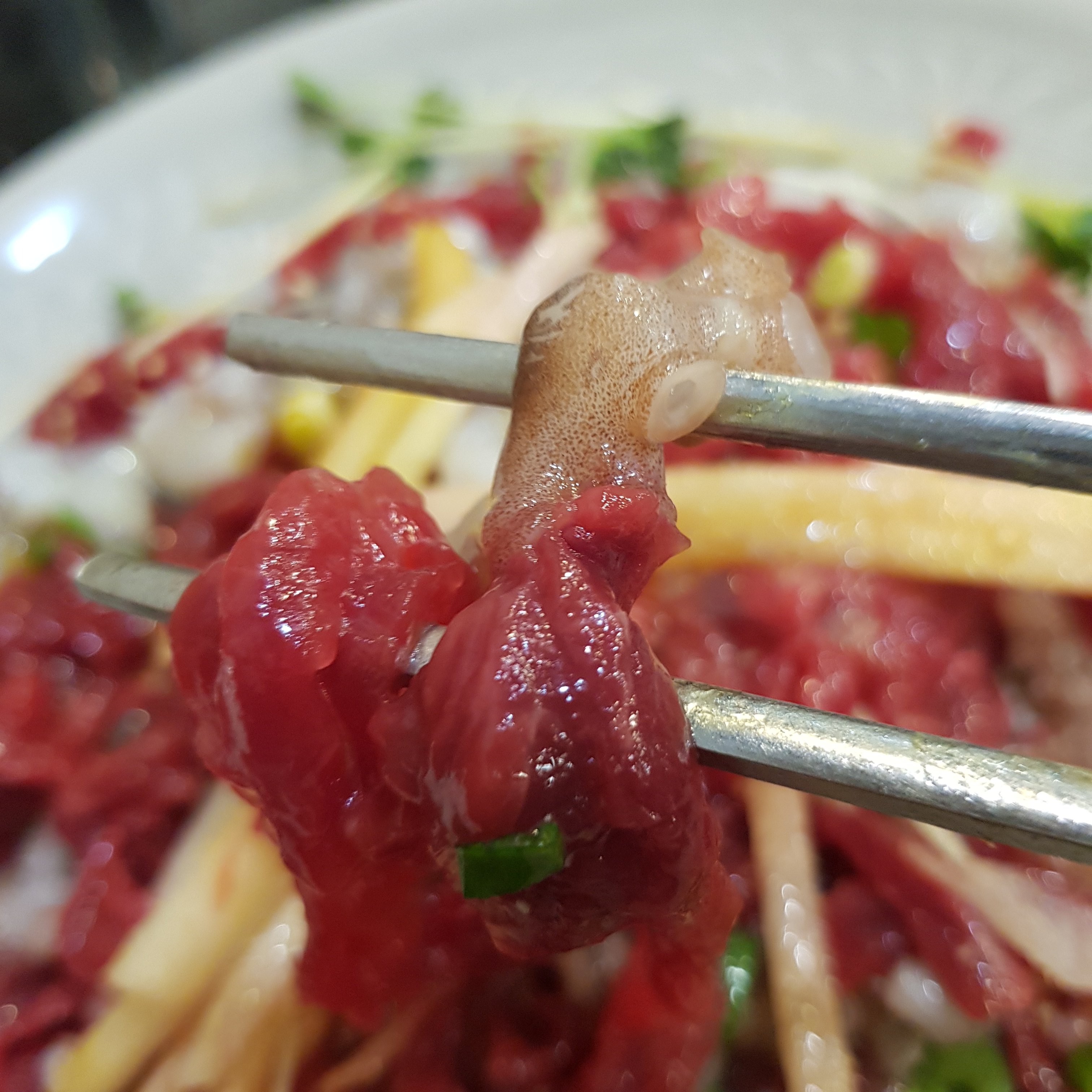 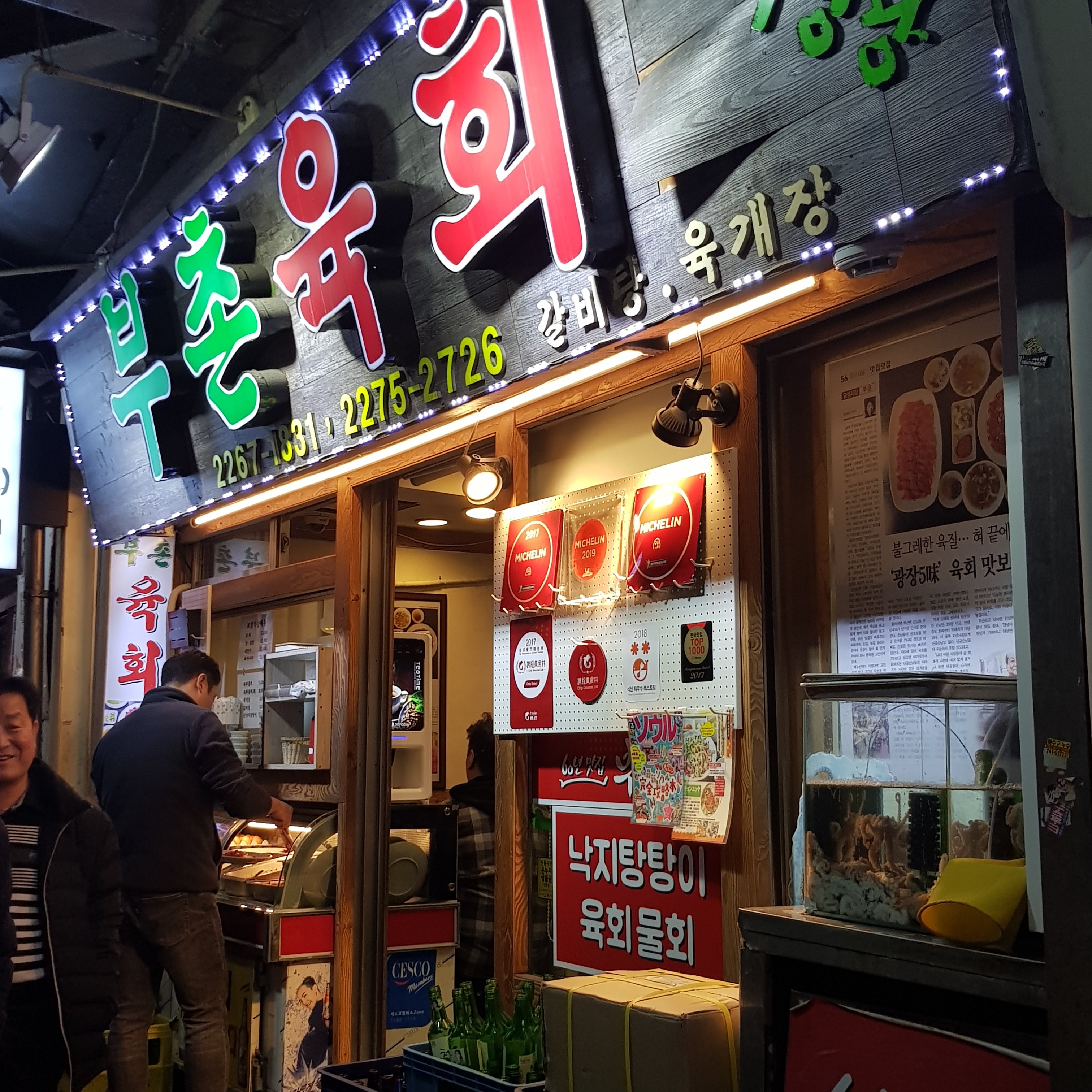 That’s the best place in Seoul for Beef Tatar. You can find it in Gwangjang Market. 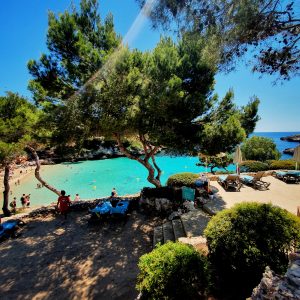 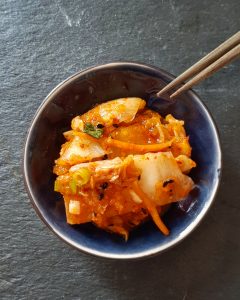